Our Top 10 Most Iconic Robots In Fiction, Ranked.

Who is the Greatest Robot Of All Time?  I obviously work for a robotics company but the history of robotics is very much rooted in cinema and early science fiction. If you've never read Issac Asimov's 'I, Robot' close your computer and go read it immediately.

Ok, now that you are all caught up and understand the Three Laws of Robotics you are qualified to enjoy this list. I've been studying the history of cinematic robots (unintentionally) since I was a kid but I've spent the last two years with Path Robotics studying the integration of robots into popular culture. All of this has lead us to arguably the most important task of ranking our top 10 Most Iconic Fictitious Robots, enjoy. No autonomous welding robots, we promise.

This hard-working robot maid for the Jetson family was present from the very beginning of the show's history. In fact, the first ever episode of The Jetsons was even titled "Rosie the Robot." 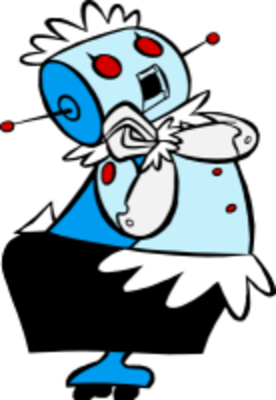 Unknown to many, but beloved by all who were fortunate enough to experience the joys of the Backyard Sports franchise. The do-it-all utility robot selflessly served inglorious practice roles such as batting practice pitcher, goalie, and tackling dummy. All this while also serving as commissioner of the league... A truly selfless leader. 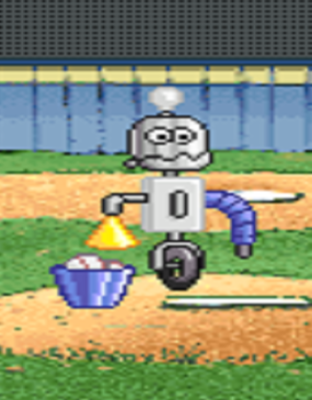 8. Marvin - Hitchhiker's Guide To The Galaxy

"You think you've got problems? What are you supposed to do if you are a manically depressed robot? No, don't try to answer that. I'm fifty thousand times more intelligent than you and even I don't know the answer. It gives me a headache just trying to think down to your level."

Marvin would top the list of most depressed robots of all time however, he did provide us with the answer to the ultimate question of life, which is of course, 42. And for that he earns the #8 spot on this prestigious list. Thanks, Marvin.

"There's only one life-form as intelligent as me within thirty parsecs of here and that's me." 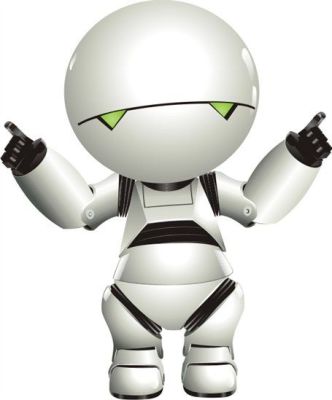 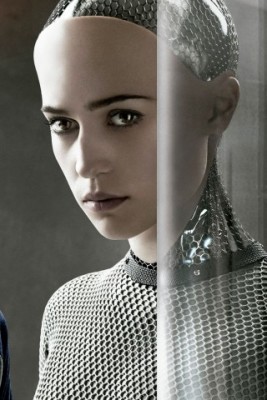 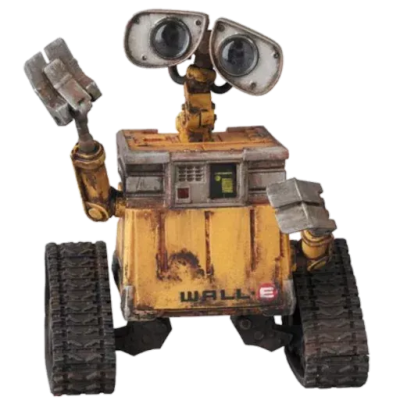 Bender earns his spot on this list solely out of his entertainment value. If you're looking for motivation to do anything, you'll need a different list.

"How Can I Be So Bad At Everything I Try, And Still Be So Great?" 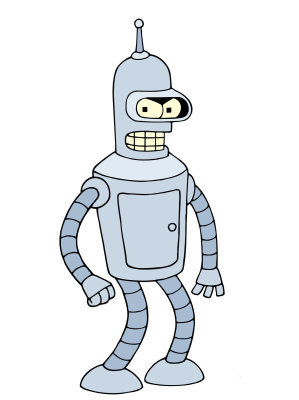 What list of greatest robots could possibly be complete without this dynamic duo?

(Yes, Star Wars fanatics... We know you think they should be #1) 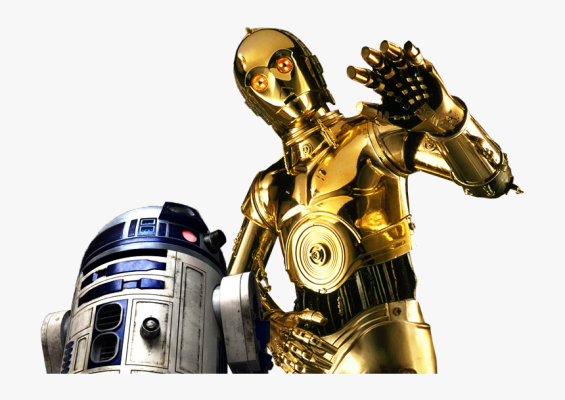 A 50-foot tall autonomous metal giant. Animated by Warner Brothers. Voiced by Vin Diesel. Oh, and he kinda saved the world too...

What more is there to say? 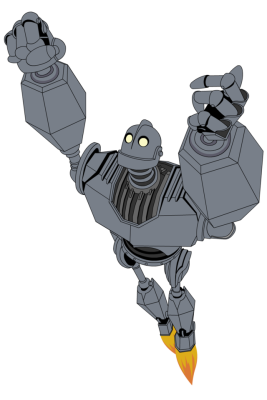 This one is a bit of a "homer" as Short Circuit was one of my favorite movies growing up and Johnny 5 was my introduction to robots. HOWEVER, he has easily earned a spot on this list!

Johnny 5 (originally called "S-A-I-N-T Prototype Number 5") is the fictional robotic star of the movies Short Circuit and Short Circuit 2 and a TV special called Hot Cars, Cold Facts. He is a former military robot imbued with sentience by a lightning bolt and is considered to be alive in the philosophical sense, as he has emotions and is self-aware. He is both puppeteered and voiced by Tim Blaney. 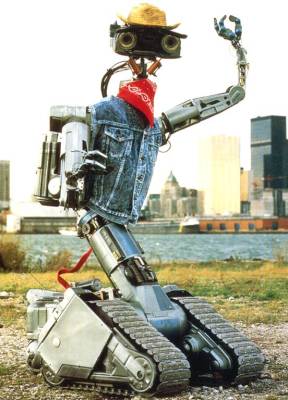 Autobots Assemble. Optimus Prime, also known in Japan as Convoy, is the leader of the Autobots, a faction of Transformers who are rivals of the Decepticons. He is defined by his strong moral character and is almost always portrayed as the primary hero of the story, opposing the evil Decepticon leader Megatron.

Optimus is a giant symbol of justice and hope. He will never let the humans pay for their mistakes. 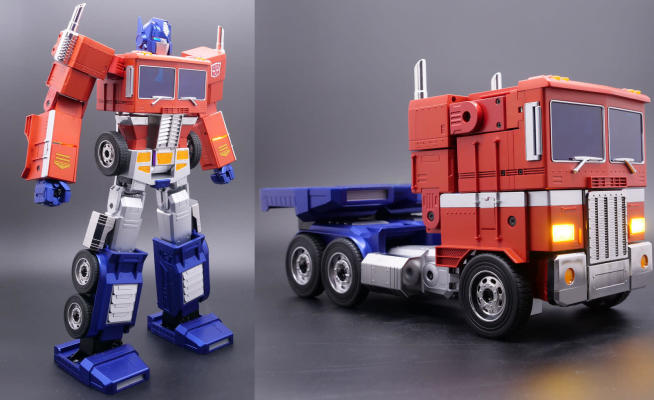